The official Japanese website for Sayonara, Tyranno (Annyeong, Tyrano: Yeong-wonhi, Hamkke or My Tyrano: Together, Forever), the Chinese-Japanese-South Korean co-produced animated film based on Tatsuya Miyanishi‘s Tyrannosaurus series of children books, announced on Tuesday that the film will now open in Japan on December 10. The film was originally planned to open in Japan in early summer 2020, but was delayed indefinitely due to the ongoing new coronavirus disease (COVID-19) pandemic. The site also unveiled a new visual for the film. 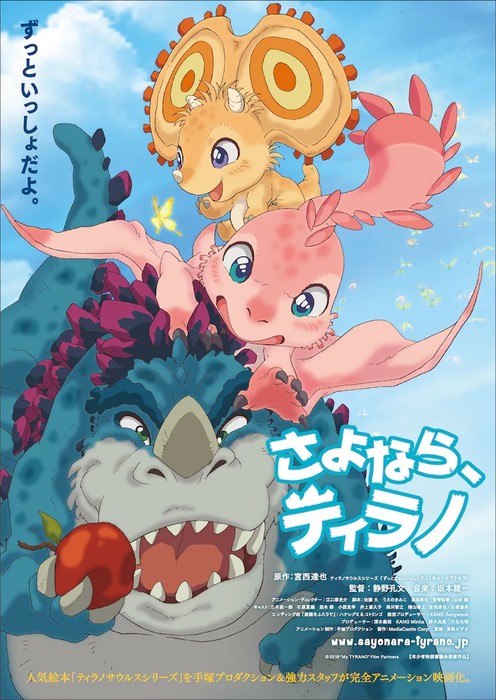