Mr. Osomatsu, the recent anime update of Fujio Akatsuka‘s Osomatsu-kun manga, is itself inspiring a live-action film which will open next spring. Johnny & Associates’ popular idol group Snow Man stars in the film, and Tsutomu Hanabusa (Kakegurui, Tokyo Revengers) is directing. While the anime has inspired stage productions, including musical ones, this upcoming project is the first live-action film. 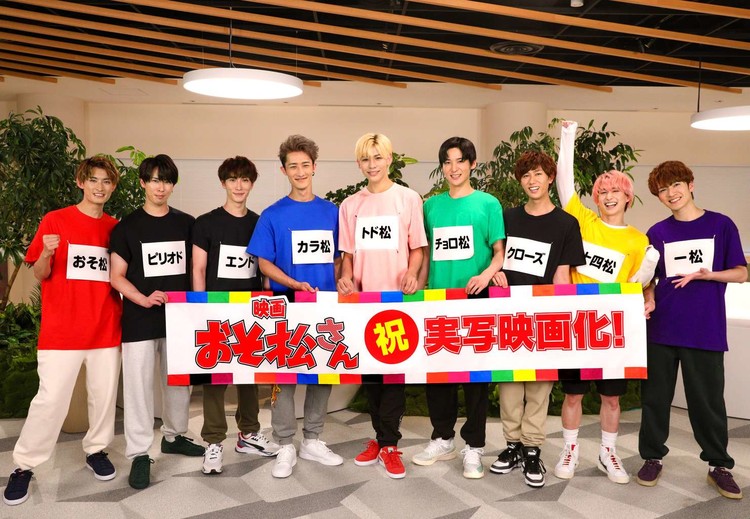 The cast members for the six sextuplets and the film’s original characters are, from left to right in the image above:

Ryōichi Tsuchiya wrote the screenplay, and Daiki Sugawara is a…