The “DigiFes 2021” event announced on Sunday that the Digimon franchise will have a new television anime and a new anime film. The Digimon Ghost Game television anime series will premiere this fall on Fuji TV and other channels. The teaser visual says, “Holograms…? Ghosts…?” 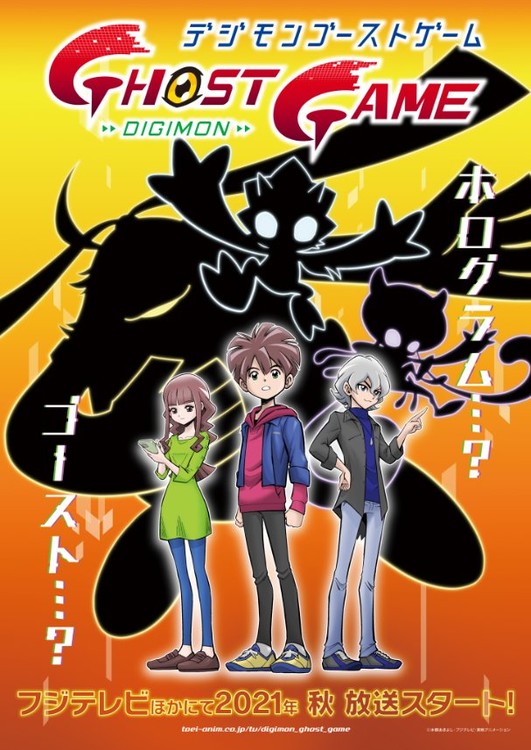 The Digimon that appear in the new TV anime are from left to right below, Angoramon, Gammamon, and Jellymon.

The new film will tell a story about Daisuke Motomiya (Davis Motomiya in English) and the other characters from the Digimon Adventure 02 anime. Director Tomohisa Taguchi and writer Akatsuki Yamatoya are reuniting from Digimon Adventure: Last Evolution Kizuna to work on the new film. Below is an English-subtitled “super-early teaser trailer” for the film: