491
SHARES
1.4k
VIEWS
Share on FacebookShare on Twitter
OAD to ship with compiled volume of manga that launched in May 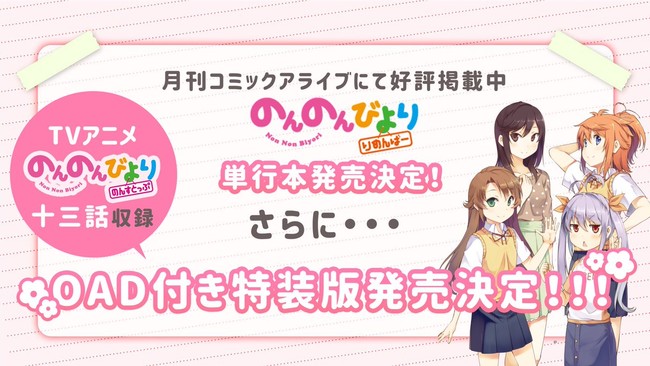 The main manga’s 16th and final compiled volume had revealed in March that a new mini series titled Non Non Biyori Remember would launch in Kadokawa‘s Monthly Comic Alive magazine. The manga launched on May 27.

The original manga ended on February 27 after an 11 year run. Atto launched the manga in Kadokawa‘s Monthly Comic Alive magazine in 2009. Seven Seas Entertainment releases the manga in English.

The manga takes place in the countryside, where the nearest bookstore is 20…