492
SHARES
1.4k
VIEWS
Share on FacebookShare on Twitter
Rei Hiroe explained that depression is the reason behind the manga’s multiple hiatuses 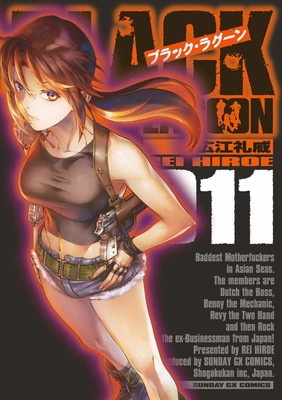 Black Lagoon manga creator Rei Hiroe revealed on Monday that depression is a major part of his life. Responding to a now-deleted tweet speculating about the reason behind Black Lagoon‘s multiple hiatuses, he wrote: “It’s simply because my depression has not improved and I can’t apply myself to a large amount of work.”

Hiroe launched the Black Lagoon manga in Monthly Sunday GX in 2002. The 11th volume (seen right), which shipped in November 2018, is the first compiled book volume of the manga released in four years, since the 10th volume’s release in May 2014. The 12th volume will ship on August 19.

The manga had resumed in May 2017 following a hiatus that began in early 2014, but then went on hiatus again in August 2018. It resumed again in September 2019.