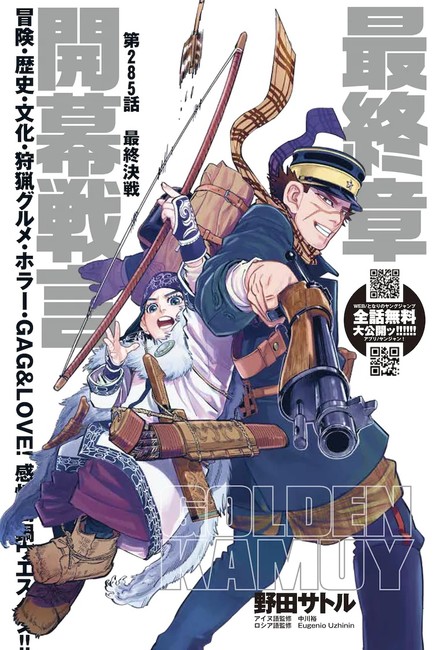 Every chapter of the manga will be available for free on the Yanjan! app and Tonari no Young Jump manga website from Thursday until September 17. 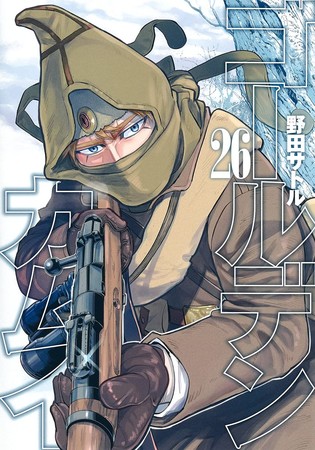 Viz Media is releasing the manga in English, and it describes the first volume:

In the early twentieth century, Russo-Japanese War veteran Saichi “Immortal” Sugimoto scratches out a meager existence during the postwar gold rush in the wilderness of Hokkaido. When he stumbles across a map to a fortune in hidden Ainu gold, he sets off on a treacherous quest to find it. But Sugimoto is not the only interested party, and everyone who knows about the gold will kill to…