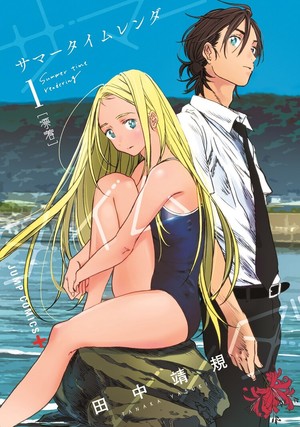 Upon hearing of Ushio’s death, Shinpei returns to his hometown of Wakayama City on Hitogashima and reunites with his childhood friend’s family. The funeral goes smoothly, but under the surface something strange is brewing on the island. What mysteries await him on this secluded summer island?

In a message celebrating the initial anime announcement in January, Tanaka discussed going with the anime staff to scout locations in Wakayama prefecture. A real escape game was slayed to run at Wakayama’s island of Tomogashima this summer, and a live-action adaptation is…