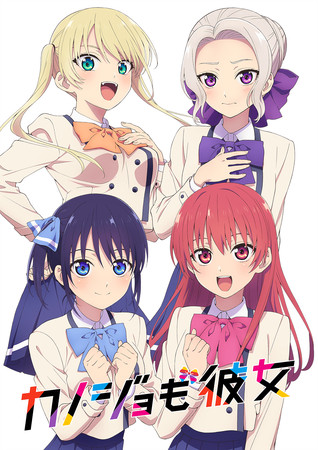 The official website for the television anime of Hiroyuki’s Girlfriend, Girlfriend (Kanojo mo Kanojo) manga announced on Wednesday that the series will premiere on July 2 at 2:25 a.m. (effectively, July 3) on the Animeism programming block on the MBS and TBS channels. The anime will then run later that night on BS-TBS.

Kodansha Comics began releasing the manga digitally starting on April 6, and it describes the manga:

Naoya just got a girlfriend, the gorgeous Saki-chan, and though their intensities often pit them against each other like ice and fire, they’re totally, uncontrollably in love with each other. He vows never to cheat…when out of the blue he receives another confession! Nagisa’s cute,…