Genzaburo Yoshino’s How Do You Live? Novel Inspiring Ghibli Film Gets English Release in October – News

Genzaburo Yoshino’s How Do You Live? Novel Inspiring Ghibli Film Gets English Release in October – News 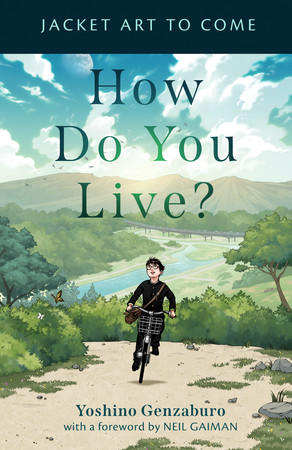 Algonquin Young Readers announced on Monday that it will release the first-ever English translation of Genzaburo Yoshino’s How Do You Live? novel. Bruno Navasky translated the novel and Neil Gaiman wrote a foreword for the edition. The children’s book will release on October 26.

HOW DO YOU LIVE? begins with fifteen-year-old Copper, who has recently suffered the loss of his father, gazing out over his hometown of Tokyo, watching the thousands of people below, and beginning to ponder life’s big questions. How many people are in the world? What do their lives look like? Are humans really made of molecules? The book moves between Copper’s story and his uncle’s journal entries, in which he gives advice and helps Copper learn pivotal truths about the way the world works….