This year’s September issue of Akita Shoten‘s Champion RED magazine announced on Monday that writer Homura Kawamoto (Kakegurui) and Zuzu Kamiya will launch a new manga titled Isekai no Hime to no Koi Bakuchi ni, Jinrui no Sonbо̄ ga Kakkatemasu (Humanity’s Existence Depends on Love Gambling with Another World’s Princess) in the magazine’s next issue on August 19. 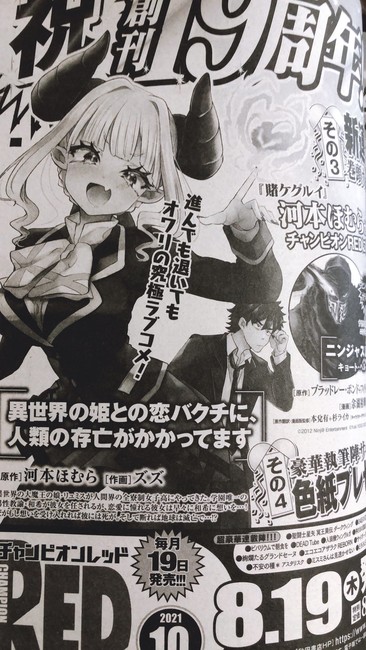 The story follows Ryumis (name romanizations not confirmed), the daughter of the Demon King from another world. Kazuki of the human world is entrusted with her, and should he accept this duty, he shall die, but if he refuses, the world will be destroyed.