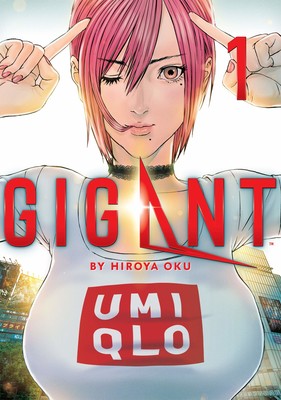 Manga creator Hiroya Oku posted on his Twitter account on Tuesday that his GIGANT manga is ending with the tenth compiled book volume.

The manga entered its final arc in August 2020.

Seven Seas Entertainment licensed the manga, and it describes the story:

Rei Yokoyamada, a high schooler whose father works for a film production company, is inspired to create his own short film with his friends. One day, while out to find actors, he spots tabloid-like notices that the adult film star Papico lives in his area. When he takes them down to protect her, he runs into the woman herself. Little does he know that Papico is about to get dragged into a strange, supernatural happening…where she grows to the size of a giant!