A new official website opened on Thursday for Saudi Arabian media company Manga Productions and Toei Animation‘s animated collaboration film The Journey (Journey: Taiko Arabia Hantо̄ de no Kiseki to Tatakai no Monogatari, or Journey: A Tale of Miracles and Battles on the Ancient Arabian Peninsula), and it reveals that the anime will premiere in Japan on June 25. The staff also revealed a poster visual: 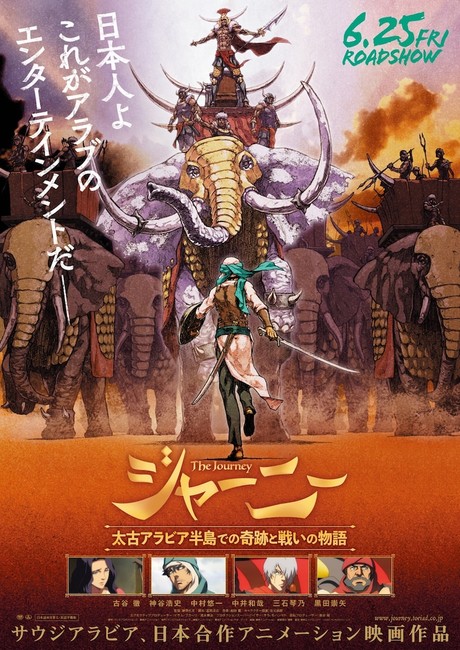 The film was originally scheduled to open in 2020.

Manga Productions had scheduled to premiere the film at the Cannes Film Festival last May until the physical event was canceled.

Manga Productions has signed theatrical distribution deals for the movie with VOX Cinemas in the Middle East and North Africa (MENA) region, and with Toei‘s distribution company T-Joy in Japan.