Film was originally slated to premiere on March 5 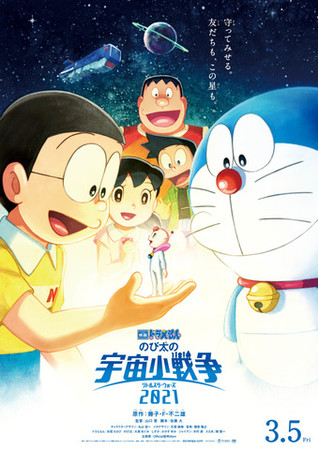 The official website for the Doraemon: Nobita’s Little “Star Wars” 2021 anime film revealed on Friday that the film is delayed to to spring 2022, due to the new coronavirus disease (COVID-19).

The film was previously slated to open on March 5, but in January the staff announced the film was delayed to an unspecified date.

FuRyu had also confirmed in January that its Nintendo Switch game based on the anime film was also delayed to an unspecified date. The party game was originally scheduled to release on March 5 alongside the film. The game’s website currently does not list a release date.

Doraemon: Nobita’s Little “Star Wars” 2021 is the 41st film in the Doraemon franchise. The film is a remake of the 1985 Doraemon film of the same title.