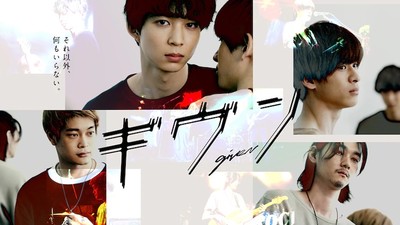 Crunchyroll announced on Friday that it has begun streaming the live-action series of Natsuki Kizu‘s Given manga. The first episode is available on the service.

The series stars Jin Suzuki as Ritsuka Uenoyama, singer Sanari as Mafuyu Satō, Kai Inowaki as Akihiko Kaji, and Shuntarō Yanagi as Haruki Nakayama. Other cast members include Alissa Yagi as Ritsuka’s older sister Yayoi Uenoyama, Sō Okuno as Mafuyu’s childhood friend Hiiragi Kashima, Yū Inaba as Akihiko’s ex-boyfriend and current roommate Ugetsu Murata and, Akira Onodera as Yuki Yoshida, a person with whom Mafuyu had a special relationship with in the past.

The Given television anime premiered on Fuji TV‘s Noitamina programming block in July 2019. The…