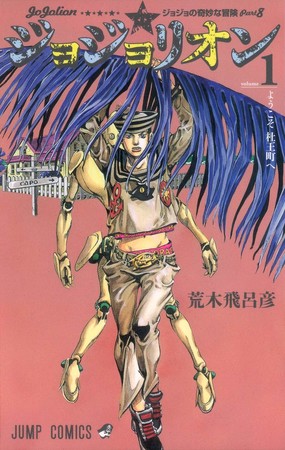 Hirohiko Araki announced on Twitter on Thursday that his JoJolion (JoJo’s Bizarre Adventure Part 8) manga will end in this year’s September issue of Shueisha‘s Ultra Jump magazine, which will ship on August 19.

The manga debuted in Ultra Jump in May 2011. The manga’s 26th compiled book volume shipped on May 19.

Araki debuted the JoJo’s Bizarre Adventure manga in Weekly Shonen Jump in 1987. The manga transferred to Ultra Jump in 2005. The manga currently consists of eight parts, each of which follow a character whose name can be shortened to JoJo. The first part is also known as Phantom Blood, and the eighth part is titled JoJolion. The various parts feature recurring characters and connected storylines.

Araki’s JoJo’s Bizarre Adventure: Stone Ocean manga is getting an anime adaptation. The manga is the sixth part of Araki’s Read full Story ➤