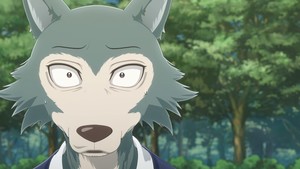 Accepting his predatory instincts, Legoshi vows to become stronger for Haru’s sake. Meanwhile, the herbivore killer is still on the loose. Things are somewhat calm again, but with Tem’s murder unsolved and Louis missing, the school is filled with rumors of hauntings and strange occurrences.

BEASTARS is based on Paru Itagaki‘s manga and streams on Netflix. 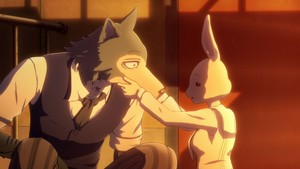 
BEASTARS is one of those shows it’s hard to get a handle on, not because the plot is difficult to follow but because the tone swings so wildly that it can be hard to know where things actually stand. It’s easy to forget that the opening scene of the entire series is literally a student being brutally murdered (and subsequently eaten) when we’re caught up in Legoshi’s attempts at star-crossed love or the drama…