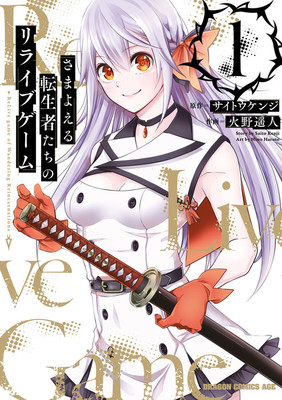 The manga centers on Manatsu Asai, a down-on-his-luck 28-year-old guy who encounters a strange situation, meeting a swordswoman. When she is attacked by an unknown knight, Manatsu tries to protect her, and dies in the process. But then he immediately finds himself reincarnated into the body of the swordswoman he had just died for, now in a new, fantastical world.

Saito and Hino launched the manga in Dragon Age in April 2019, and Kadokawa published the manga’s third volume on January 9.