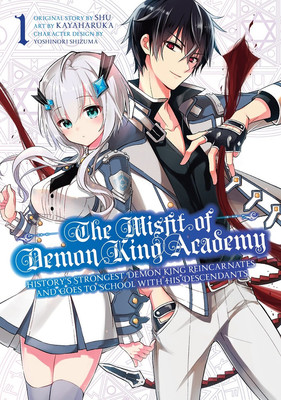 Square Enix announced on Tuesday that manga artist Kayaharuka passed away on July 6. The author’s family held a funeral.

While Square Enix‘s announcement did not include a cause of death, Kayaharuka had been suffering from pancreatic cancer since at least 2019. Kayaharuka‘s manga adaptation of Shu‘s The Misfit of Demon King Academy: History’s Strongest Demon King Reincarnates and Goes to School with His Descendants (Maō Gakuin no Futekigōsha ~Shijō Saikyō no Maō no Shiso, Tensei Shite Shison-tachi no Gakkō e Kayō) light novel series was canceled last week so that Kayaharuka could undergo treatment, but Kayaharuka had already passed away at the time of the announcement last week on Wednesday, July 7.

In Kayaharuka‘s statement about the cancelation of the manga, they said that while…