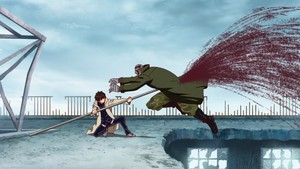 The story begins when Akira Shiroyanagi, a high school boy who loves games and konpeitō sugar candy, gets suddenly embroiled in a battle by a mysterious girl who goes by the name Mion.

Battle Game in 5 Seconds is based on Saizō Harawata and Miyakokasiwa‘s Deatte 5-byō de Battle manga and streams on Crunchyroll on Mondays. 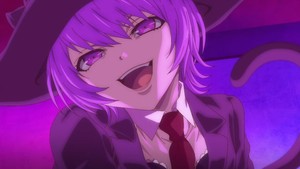 
I’m a sucker for death game anime—especially those with a supernatural twist of some sort. I love watching the characters figure out their powers, make alliances, and battle it out with literally everything on the line. But what I like the most is watching the characters outthink each other. More often than not, the key to winning isn’t who has the best power but who uses their power in the most creative way. This is most certainly true in Read full Story ➤