Cover Corp announced on Wednesday that the VSinger IRyS will be making her debut as part of the hololive English Virtual YouTuber group. She will belong to a new branch, titled “Project: HOPE.” Her debut stream will take place on her YouTube channel on Sunday, July 11, 2021, from 10 AM (JST).

hololive English released an animated teaser video for the performer:

IRyS is designed by redjuice (Beatless, Guilty Crown). Her character concept is described below: 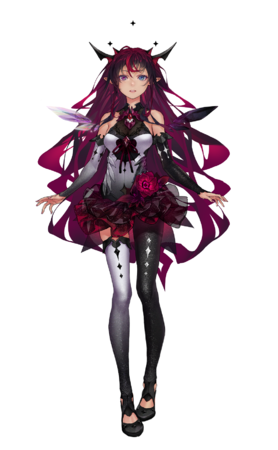 IRyS, a half-demon, half-angel also known as a Nephilim, once brought hope to “The Paradise” during the ancient age. Her full name is ███████ Irys. This current era, riddled with despair and desperation, has brought upon her second awakening. She has arrived to deliver hope, with her…