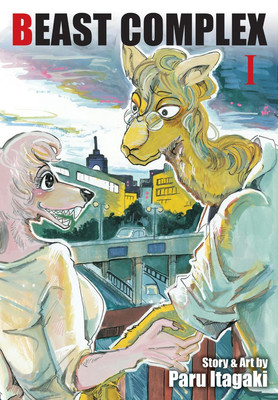 This year’s August issue of Akita Shoten‘s Bessatsu Shōnen Champion magazine revealed on Monday that the manga’s September issue on August 12 will include a bonus booklet for Paru Itagaki‘s Beast Complex manga that will feature a new short manga.

Itagaki published the Beast Complex manga in Weekly Shōnen Champion in 2016. Akita Shoten released one volume for the manga. A new manga mini-series launched in January, and ended on March 25. The manga’s second volume shipped on April 8, and the third volume shipped on May 7.

Viz Media licensed the original Beast Complex manga, and it describes the story:

A tiger and a beaver who grew up together defy peer pressure to end their friendship and join forces to fight injustice. A camel journalist who spent his career passing judgment on carnivores spends a life-changing night with a seductive wolf. A saltwater crocodile…