Game originally launched in Japan in May 2013 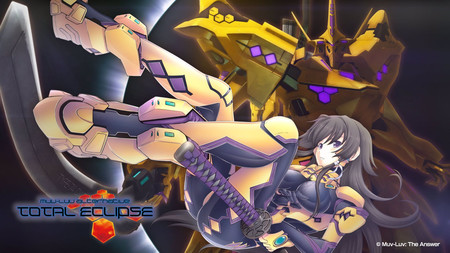 anchor inc. announced on Friday that it will release the Muv-Luv Alternative: Total Eclipse game in the West for PC via Steam this winter.

The game will be a stand-alone title, and it will not include the prequel “The Burning of the Imperial Capital.” This prequel was included in the game’s original PC version.

Muv-Luv Alternative: Total Eclipse originally launched in Japan for PlayStation 3 and Xbox 360 in May 2013. The game got a release for PC in September 2014.

The Muv-Luv Alternative: Total Eclipse light novel spinoff of the Muv-Luv franchise, inspired a manga and a television anime of the same name. This side story follows the test pilots and mechanics in the United Nations Forces’ Tactical Surface Fighter Testing Unit in Alaska. Its prequel, Schwarzes Marken, also inspired an anime.