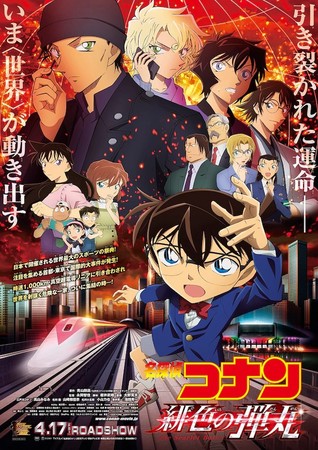 The Osaka Prefectural Police Department’s Suita Office filed charges on Wednesday against a 50-year-old man from Minoo, Osaka for illegally recording the Detective Conan: The Scarlet Bullet (Meitantei Conan: Hiiro no Dangan) film with his smartphone, thus violating Japan’s Copyright Law and the Act on Prevention of Unauthorized Recording of Films. According to the authorities, another theatergoer noticed the man with a smartphone on his lap in a Suita theater on April 24 and called the police.

The man, who works as a supervisor at a tax office in Ashiya city, claimed that he intended to record the film before the current COVID-19 state of emergency started on next day, because he wanted to watch the movie at home during the state of emergency. 109, TOHO, Aeon, and other major theater chains had