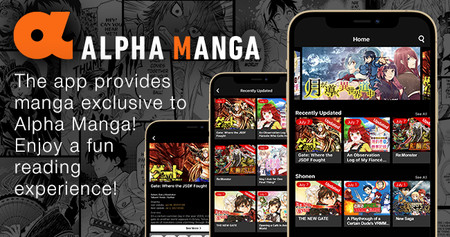 Alpha Manga will release new manga on weekly or monthly schedules. The service offers the first three chapters for free. The fourth chapter and on will not be available for free. Users can acquire in-app tickets and spend them to rent new chapters for seven days. Users may also collect free bonus tickets by logging in to the app.

The service will include the following manga: