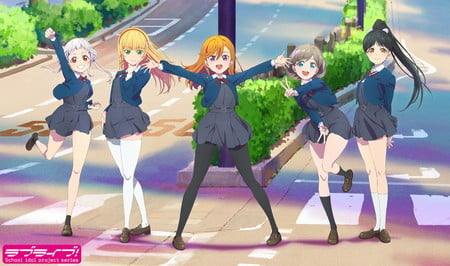 “Liella,” the new idol group that will star in the anime, debuted their first single “Hajimari wa Kimi no Sora” (The Start Is Your Sky) for a limited time digitally on February 28. The song debuted in a 2D version in the Love Live! School Idol Festival ALL STARS game on April 7, and the single with an anime music video also went on sale on April 7. The group held their debut release event for their single on May 6.

The members of Liella include: