Plays to run in December, January 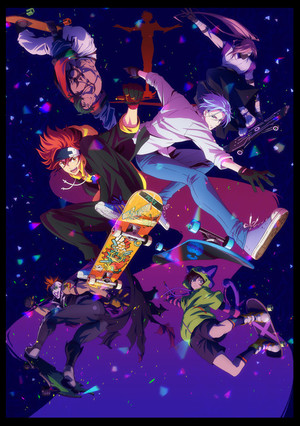 The evening session of the “Sk8 Masquerade of Love” event announced on Sunday that the Sk8 the Infinity anime is spawning a new anime project and a two-part stage play production. The anime’s official website and Twitter account will announce more details on the new anime project in the future. The first Sk8 The Stage play will open this December, and the second play will open next January.

The original anime centers on Reki, a second-year high school student who loves skateboarding, and gets caught up in “S,” an underground and dangerous skateboard race with no rules at an abandoned mine. Langa, who has returned to Japan from Canada and has never skateboarded before, also gets wrapped up in S. Dirty racers, AI racers, and other unique individuals compete in the “youth skateboard race battle.”