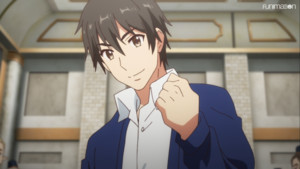 Kazuya Souma found himself summoned to another world and his adventure–did not begin. After he presents his plan to strengthen the country economically and militarily, the king cedes the throne to him and Souma finds himself saddled with ruling the nation. What’s more, he’s betrothed to the king’s daughter now. In order to get the country back on its feet, Souma calls the wise, the talented, and the gifted to his side. Five people gather before the newly crowned Souma.

How a Realist Hero Rebuilt the Kingdom is based on Dojyomaru‘s light novel series and streams on Funimation on Saturdays. 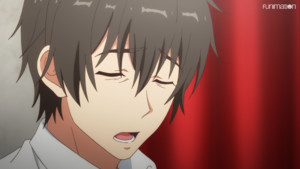 Another season of anime, another slate of otherwise identical isekai adaptations with precisely one (1) gimmick to differentiate themselves. Last season we had Isekai But With a…