‘So I’m a Spider, So What?’ Anime’s Delayed Finale Rescheduled to Saturday – News

‘So I’m a Spider, So What?’ Anime’s Delayed Finale Rescheduled to Saturday – News

The official website for the television anime of Okina Baba‘s So I’m a Spider, So What? (Kumo desu ga, Nani ka?) novels announced on Thursday that the delayed 24th and final episode has been rescheduled to this Saturday, July 3. The episode was originally slated to air on Friday, June 25, but was delayed due to production issues. 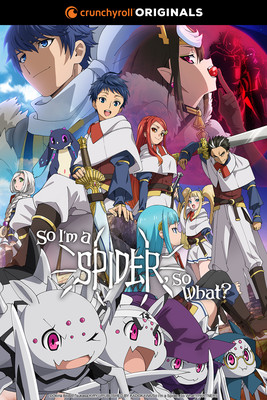 The anime premiered on January 8 on AT-X, Tokyo MX, BS11, KBS Kyoto, Sun TV, and TV Aichi. The anime will run for two consecutive cours (quarters of a year).