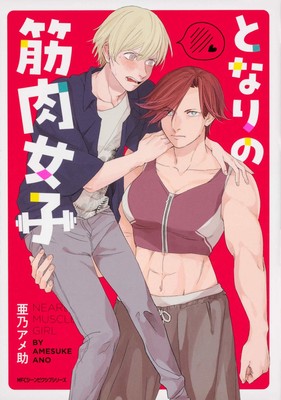 Seven Seas will release Amesuke Ano’s The Muscle Girl Next Door (Tonari no Kinniku Joshi) manga both digitally and in print in June 2022. It describes the story:

College student Daria isn’t a big guy–he’s thin and kinda scrawny, and he’s a little self-conscious about it. When he bumps into Rubi-san, a totally cut lady who can haul massive logs around, he thinks she’s the epitome of macho coolness. And it’s more than just admiration or even envy–he’s immediately smitten by her! Watch slight Daria…