Would be first official Terminator in anime in 12 years 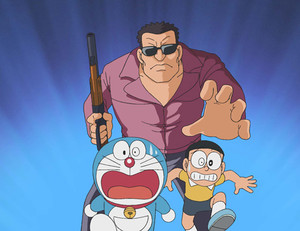 Netflix announced on Friday that it is partnering with Skydance and the anime studio Production I.G on an anime series in the Terminator science-fiction franchise. Mattson Tomlin (Project Power, The Batman) is serving as the showrunner and executive producer.

Production I.G President and CEO Mitsuhisa Ishikawa said, “I asked my long-time friend and colleague Mamoru Oshii what he thought about the idea of turning Terminator into an animated series. His response was ‘Ishikawa, are you out of your mind?’ At that instant, I was confident we should get onboard. As huge fans, our team at Production I.G is putting their heart and souls into creating this series. We hope fans will enjoy it!”