This year’s 28th issue of Shueisha‘s Weekly Shonen Jump magazine revealed on Monday that theatergoers to My Hero Academia THE MOVIE: World Heroes’ Mission, the third anime film in the franchise, will receive a “Vol. World Heroes” bonus manga volume. The manga volume is limited to one million copies. 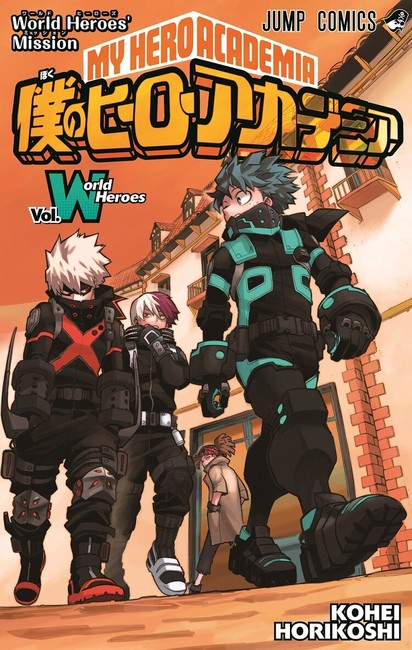 Original manga creator Kōhei Horikoshi drew the cover for the manga volume and some of the contents, including a manga with an original scenario. Other contents include a roundtable interview with past and present editors of the manga, costume and character designs, and an interview with Horkoshi.

Both previous films in the franchise also featured a “Vol. Origin” and “Vol. Rising” manga volume as a limited bonus to theatergoers.

In the film’s story, a mysterious organization dedicated to the destruction of people with Quirks has issued a threat and set bombs all…