The staff for the anime of Boichi and Riichirou Inagaki‘s Dr. Stone manga announced at the end of the current television anime on Thursday that a sequel has been green-lit. The announcement did not specify the medium or format of the sequel. Toho Animation posted the special promotional video that announced the sequel:

The video teases the “Age of Exploration” arc, in which the characters travel across the sea towards an unknown world. 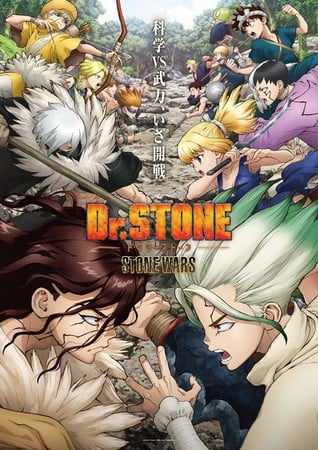 Dr. Stone: Stone Wars, the anime’s second season, premiered on January 14 on Tokyo MX, KBS Kyoto, Sun TV, BS11, and TV Aichi, and it is also streaming online. Crunchyroll is streaming the series worldwide except in Asia, and Funimation is streaming a dub. The season’s 11th and final episode aired on Thursday.