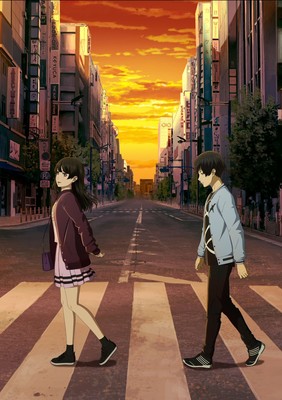 Crunchyroll announced on Thursday that it has begun streaming CRAFTAR STUDIOS Inc.’s original anime film The Relative Worlds (Ashita Sekai ga Owaru Toshitemo) in the United States, the United Kingdom, and Ireland as part of its Crunchyroll Movie Night at Home series.

Crunchyroll Movie Night at Home started on May 1 with Penguin Highway and followed up with Patema Inverted on June 1, both in the U.K. and Ireland. In the series, Crunchyrolll streams a different anime film for a month. The films replace each other on the 1st of the month.

The movie night series will continue with the following movies in the U.K. and Ireland, with some films also streaming in the U.S.

Relative Worlds opened in Japan in January 2019. Craftar is credited with the original work, and Yūhei Sakuragi (The Relative Worlds, Ingress) directed the film and wrote the script. Shochiku Media…