Amazon Prime Video announced on Thursday that it will exclusively stream Evangelion: 3.0+1.01: Thrice Upon A Time (Shin Evangelion Gekijō-ban :||), the new version of the “final” Evangelion film, worldwide (except Japan) on August 13. The company streamed a trailer: 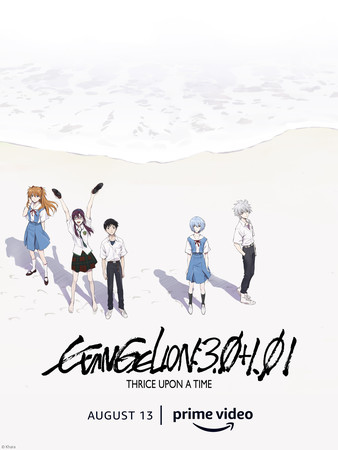 The film will stream with dubs in 10 languages including English, French, German, Portuguese, Spanish, and Italian. The film will also stream in Japanese with subtitles in 28 languages.

In addition, Amazon Prime Video will stream the first three films: Evangelion: 1.0 You Are [Not]…