Kadokawa announced on Friday that Hotondoshindeiru‘s Uncle From Another World (Isekai Ojisan) manga is inspiring a television anime.

In Kadokawa‘s video below, a mock documentary-style interviewer asks a random man his opinion on isekai stories and the Uncle From Another World manga specifically, before saying that the manga will get an anime adaptation. However, the man is convinced the announcement is “fake news.” 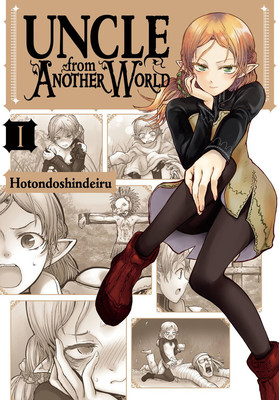 Yen Press licensed the manga, and it describes the story:

​Seventeen years ago, Takafumi’s uncle fell into a coma, but now he’s back like a man risen from his grave. Soon, Takafumi discovers two bizarre things: His uncle treasures video games above all else, and, while comatose, he was actually transported to another world as some heroic guardian! Now, not only does Takafumi…