The advance screening for BONES‘ anime of Jun Mochizuki‘s The Case Study of Vanitas (Vanitas no Carte) manga unveiled more of the anime’s cast, July 2 premiere, and a new visual on Saturday. The staff also reported that the series will run for two cours (quarters of a year), split in half. The second half will premiere at a date to be announced later.

The newly announced cast members are (from left to right in each image below):

Inori Minase as Jeanne, a vampire girl nicknamed the “Hellfire Witch”
Shino Shimoji as Luca, a courteous vampire boy ranking only below the vampire queen
Ai Kayano as Dominique, the daughter of Marquis de Sade who rules the other world 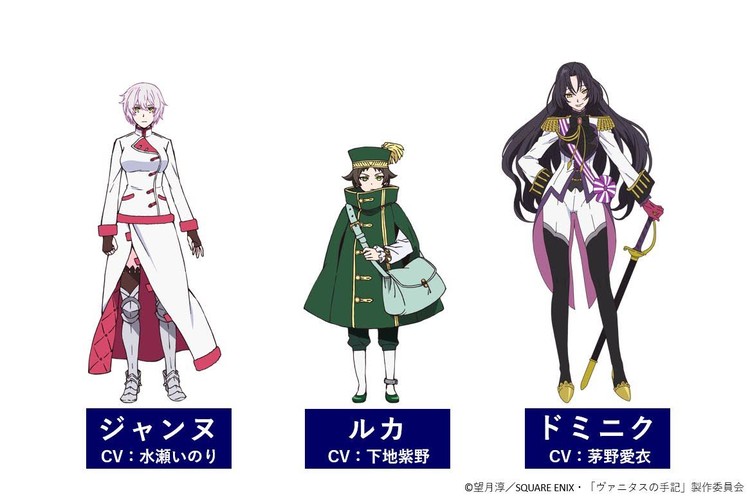 Akira Ishida as The Teacher (Sensei), Noé’s instructor who sent the letter seeking the Book of Vanitas
Miyu Komaki as Murr, the fluffy white cat carried by Noé 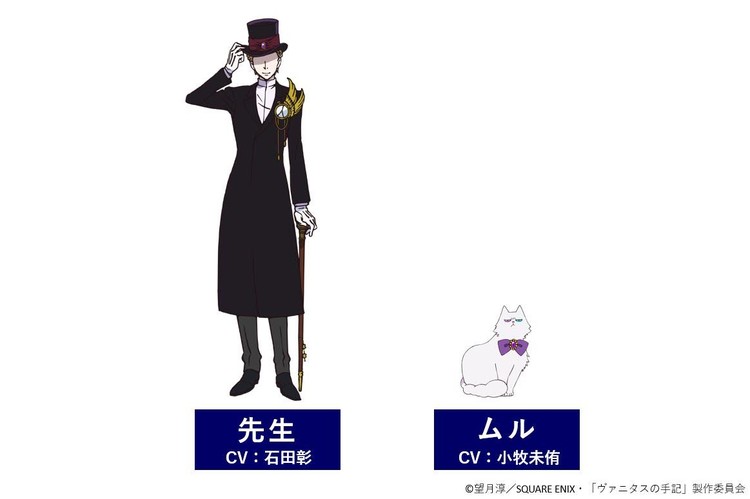