The official website for Mahō Tsukai no Yome: Nishi no Shōnen to Seiran no Kishi (The Ancient Magus’ Bride: The Boy From the West and the Knight of the Mountain Haze), the new original anime disc (OAD) project for Kore Yamazaki‘s The Ancient Magus’ Bride (Mahō Tsukai no Yome) manga, began streaming a trailer for the first volume on Friday. The video reveals two new cast members for the anime: Hiromi Igarashi as Gabriel, and Aoi Ichikawa as the “Mysterious Boy.” 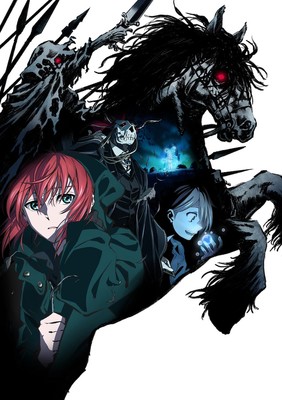 The staff describes the OAD series as the “first part” of the new anime project.