Smile Down the Runway Manga Ends in 4 Chapters (Updated) – News

Smile Down the Runway Manga Ends in 4 Chapters (Updated) – News 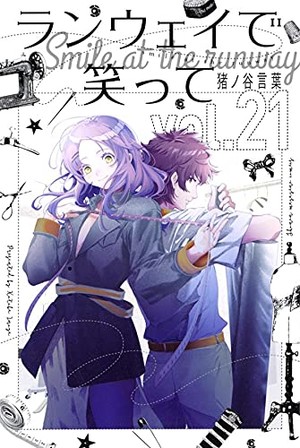 The official Twitter account for Kotoba Inoya‘s Smile Down the Runway (Runway de Waratte) manga revealed on Wednesday that the manga will end in three chapters. The manga’s 190th chapter debuted in this year’s 29th issue of Kodansha‘s Weekly Shōnen Magazine on Wednesday.

The manga launched in Weekly Shōnen Magazine in May 2017 as Inoya’s debut work. The 21st volume shipped on May 17, and the 22nd and final volume will ship on August 17.

Kodansha Comics publishes the manga digitally, and it describes the story: