Studio delays release due to manufacture, production issues due to state of emergency in Japan 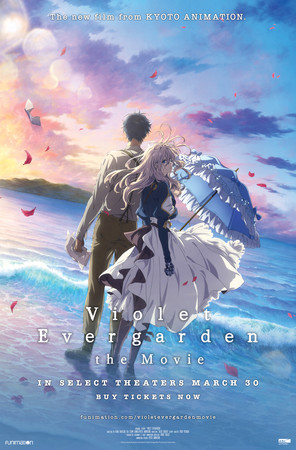 The official website for Kyoto Animation‘s Violet Evergarden: The Movie anime revealed on Friday that the film’s Blu-ray Disc and DVD release is delayed from August 4 to October 13, due to issues with production and manufacturing because of the ongoing state of emergency declared in Japan (including in Kyoto prefecture). The company added it has received pre-orders exceeding expectations for the film.

The film opened in Japan in September 2020, and it ranked at #2 in its opening weekend.

Kyoto Animation postponed the film’s opening in Japan due to concerns over the new coronavirus disease (COVID-19). The film was slated to open in Japan in April 2020. This was the second delay for the film, as it was originally slated for a January 2020 opening in Japan.