Hiatus begins on June 21, but new chapter still slated for next week 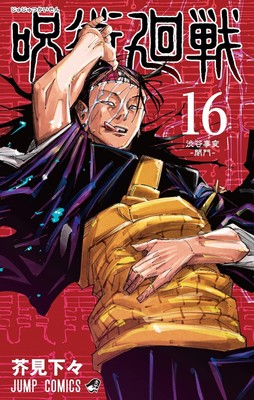 The official Twitter account for Shueisha‘s Weekly Shonen Jump magazine revealed on Thursday that Gege Akutami‘s Jujutsu Kaisen manga will go on hiatus beginning with the magazine’s 29th issue on June 21 due to Akutami’s poor health. The magazine will announce when the manga will return at a later date once Akutami has sufficiently recovered. A new chapter of the manga will still appear next week on June 14.

Akutami added that the manga’s hiatus will be “around a month.” He also noted that his condition was not serious, and that he was still mentally healthy.

Viz Media publishes the manga in English and it describes the story:

In a world where demons feed on unsuspecting humans, fragments of the legendary and feared demon Ryoma Sukuna were lost and scattered about. Should any demon consume…