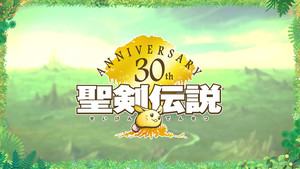 Square Enix announced during its 30th anniversary live stream event for its Mana/Seiken Densetsu role-playing game series on Sunday that it is developing a new console game for the series.

Series creator Koichi Ishii said in response to a fan question that he will “pour all the energy that fans have given into the new game.”

During the event, Square Enix also announced an anime adaptation of Legend of Mana, as well as a new smartphone game titled Seiken Densetsu: Echoes of Mana.